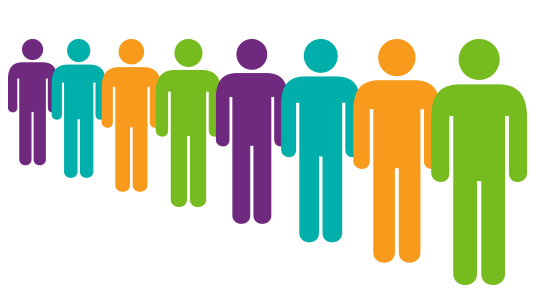 The truth is that even leaders who don’t fail make bad decisions from time-to-time. Those leaders who avoid making decisions solely for fear of making a bad decision, or conversely those that make decisions just for the sake of making a decision will likely not last long. The fact of the matter is that senior executives who rise to the C-suite do so largely based upon their ability to consistently make sound decisions.

Making sound decisions is a skill set that needs to be developed like any other. The first key in understanding how to make great decisions is learning how to synthesize the overwhelming amount incoming information leaders must deal with on a daily basis, while making the best decisions possible in a timely fashion. The key to dealing with the volumenous amounts of infomation is as simple as becoming discerning surrounding the filtering of various inputs.
Understanding that a hierarchy of knowledge exists is critically important when attempting to make prudent decisions. Put simply…not all inputs should weigh equally in one’s decisioning process. By developing a qualitative and quantitative filtering mechanism for your decisioning process you can make better decisions in a shorter period of time.

The hierarchy of knowledge is as follows:

Even though people often treat theory as knowledge, and opinion as fact, they are not one in the same. I have witnessed many a savvy executive blur the lines between fact and fiction resulting in an ill advised decision when decisions are made under extreme pressure and outside of a sound decisioning framework. Decisions made at the gut instinct or data level can be made quickly, but offer a higher level of risk. Decisioning at the information level affords a higher degree of risk management, but are still not as safe as those decisions based upon actionable knowledge.
Another aspect that needs to be factored into the decisioning process is the source of the input. I believe it was Cyrus the Great who said “diversity in counsel, unity in command” meaning that good leaders seek the counsel of others, but maintain command control over the final decision. While most successful leaders subscribe to this theory, the real question in not whether you should seek counsel, but in fact where, and how much counsel you should seek. You see more input, or the wrong input, doesn’t necessarily add value to a decisioning process. Volume for the sake of volume will only tend to confuse matters, and seeking input from sources that can’t offer significant contributions is likely a waste of time. Two other issues that should be considered in your decisioning process as they relate to the source of input are as follows:

The complexity of the current business landscape, combined with ever increasing expectations of performance, and the speed at which decisions must be made, are a potential recipe for disaster for today’s executive unless a defined methodology for decisioning is put into place. If you incorporate the following metrics into your decisioning framework you will minimize the chances of making a bad decision:

How IT can play a key role in developing corporate strategy

Are you a good leader? Take this Leadership Test