Is the bureaucracy killing you and your organization? 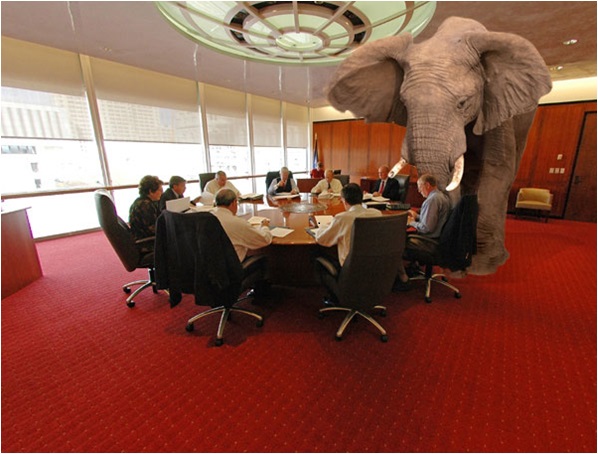 When Bureaucracy Kills Leadership (and Your Organization)

I recently encountered an organization where succession planning – the hiring of a new Chief Operating Officer – was completely held up because the Human Resources department had not received a signature from the CEO, who was on an extended trip. Inquiries about the position went unanswered and leaders in the organization were unable to get things unstuck because of strict adherence to the “rule” (“No signature, no progress”).

It reminded me of when the bureaucracy at my former institution completely shut down my laboratory for a week – all because of a lightbulb. Our single overhead bulb had burned out. We called the Buildings and Grounds department, and of course a form had to be filled out, but were told that completing orders could took 3-5 working days. I brought in a desk lamp from home so that my research assistants could continue their work. When, days later, the B&G workers showed up, we were told that we needed to have an energy-saving bulb, but those bulbs were on backorder. Later, I noticed the students were standing outside the lab. seo data . “Why aren’t you working?” I asked. “They took the bulb out of your desklamp” It wasn’t up to the new code.

Peter Drucker, the Father of Modern Management, warned that it only takes about twenty minutes for a bureaucracy to take hold. Drucker also said, “bureaucracies are about rules, not results.” Now don’t get me wrong, bureaucracies have many positive aspects. They provide guidelines and standardized procedures that provide uniformity in goods or services, and when appropriately used they can lead to fair treatment. However, when small-minded people adhere strictly to the bureaucratic code, without critical analysis, without thinking about the broader implications, and neglecting the overriding mission and goals of the company, it can kill the organization.

Here is when bureaucracies fail:

When the bureaucracy kills the organization’s “humanity.” If people in the organization simply communicate respectfully with one another, they can determine if the rules should be applied, or if a reasonable exception can be made. In the HR example above, there simply was no direct communication (and no feedback at all that the process had been stalled).

When the bureaucracy conflicts with the organization’s mission or purpose. In my lab, the issue was how can we continue to do our work? Rather than shutting us down, an exception should have been made to allow the work to continue. In a service-oriented environment, the someone in the Buildings and Grounds department should have become involved and tried to keep us in operation.

How Does a Leader (or Anyone) Combat the Bureaucracy?

It takes character. We use a virtue ethics approach to leader character that focuses on the 4 cardinal virtues: Fortitude, Prudence, Temperance, and Justice. It takes fortitude (aka “courage”) to battle the bureaucracy. Prudence is acting wisely. Temperance is needed to keep from getting angry and lashing out. Putting the humanity back into the situation – sitting down with other leaders and department heads to solve the problems is the way to go. And, the issue of justice, or fairness, is important. We need to consider what’s fair for all the parties involved, and the broader implications.

In short, bureaucracies are good when they work for us and our organizations, but they can easily become misaligned from the purpose and mission of the company. In other instances, people within the organization can use the bureaucracy for their own selfish purposes (e.g., to avoid work, to “punish” those they don’t like). It is our job as leaders, and empowered followers, to make sure the bureaucracy is working positively for the entire organization.

Post-Recession Ways of Thinking Ahead in Business