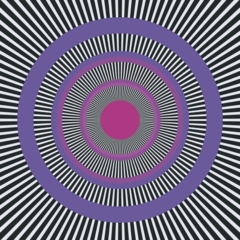 Extract from the MIT Sloan Management Review article Flat World, Hard Boundaries – How To Lead Across Them

…Technological innovations have revolutionized the workplace, bringing the competitive power of emerging economies’ fast-growth organizations into closer alignment with their developed-world counterparts. Paradoxically, at the same time that these developments have made doing business across borders easier, relational barriers — obstacles to productive human interactions — not only remain largely unchanged but in some cases have deepened.

Consider the hurdles faced by those who lead functionally diverse teams across levels of management — often involving a variety of organizational partners who may be based in different countries. These leaders’ jobs are made easier by the technological advances that help to close gaps involving distance and knowledge. But the leaders also are confronted with entrenched boundaries such as residual bitterness between historical enemies, culture clashes, turf battles and generation gaps. Such boundaries invite conflict, impose limitations on performance and stifle innovation…

Technology has changed the way knowledge work gets done.
But have you changed your work habits enough to get the most from information technology?

Researchers Sinan Aral, Erik Brynjolfsson and Marshall Van Alstyne have been studying information worker productivity for a number of years. (See, for example, “What Makes Information Workers Productive,”
In a new working paper, the three researchers highlight selected findings from their own work and that of others in order to offer practical tips to help information workers — and top managers — improve their own productivity and that of their organizations.
Here’s a quick summary of Aral, Brynolfsson and Van Alstyne’s four recommendations for improving individual productivity in information work:
1. Be an “information hub” in your network and maintain a diverse network of contacts.
Getting or sending a lot of e-mail is not, by itself, the best predictor of high productivity. But workers who are more central to information networks – who are well-connected and broker information between others – tend to be more productive, the researchers report.
2. Keep your e-mail messages brief and focused.
Research, the three authors observe, suggests that people who send short e-mails are likely to get responses more quickly than those who send longer, less focused ones. And getting faster responses to e-mail questions translates into better productivity.
3. Use technology such as e-mail to multitask more — within reason.
In one of their studies, Aral, Brynolfsson and Van Alstyne found that more productive employees used technology to enable them to multitask more and complete more projects. But that tip comes with an important caveat: The researchers also found that, if taken to extremes, excessive multiasking can actually decrease productivity.
4. Delegate routine information work to subordinates and use information-support systems.
The scholars found that the most productive information workers were more likely to allow lower-value information work to be handled by subordinates or IT-based tools. Those high-productivity information workers also were most likely to have knowledge of specialized information sources that gave them an advantage.

There’s a strange paradox when it comes to productivity. Rather than an exponential curve, our productivity will eventually reach a plateau, even with advances in technology. So what does that mean for our personal levels of productivity? And what does this mean for our economy as a whole? Here’s what you should know about the productivity paradox, its causes, and what possible solutions we may have to combat it.

What is the Productivity Paradox?

There is a discrepancy between the investment in IT growth and the national level of productivity and productive output. The term “productivity paradox” became popularized after being used in the title of a 1993 paper by MIT’s Erik Brynjolfsson, a Professor of Management at the MIT Sloan School of Management, and the Director of the MIT Center for Digital Business.

In his paper, Brynjolfsson argued that while there doesn’t seem to be a direct, measurable correlation between improvements in IT and improvements in output, this might be more of a reflection on how productive output is measured and tracked.

“Intangibles such as better responsiveness to customers and increased coordination with suppliers do not always increase the amount or even intrinsic quality of output, but they do help make sure it arrives at the right time, at the right place, with the right attributes for each customer.

Just as managers look beyond “productivity” for some of the benefits of IT, so must researchers be prepared to look beyond conventional productivity measurement techniques,” he wrote in his conclusion.

How Do We Measure Productivity, Anyway?

And this brings up a good point. How is exactly is productivity measured?

In the case of the US Bureau of Labor Statistics, productivity gain is measured as the percentage change in gross domestic product per hour of labor.

But other publications, such as US Today, argue that this is not the best way to track productivity, and instead use something called Total Factor Productivity (TFP). According to US Today, TFP “examines revenue per employee after subtracting productivity improvements that result from increases in capital assets, under the assumption that an investment in modern plants, equipment and technology automatically improves productivity.”

In other words, this method weights productivity changes by how much improvement there is since the last time productivity stats were gathered.

But if we can’t even agree on the best way to track productivity, then how can we know for certain if we’ve entered the productivity paradox?

Possible Causes of the Productivity Paradox

Brynjolfsson argued that there are four probable causes for the paradox.

▪ Mismeasurement: the gains are real, but our current measures miss them;
▪ Redistribution: there are private gains, but they come at the expense of other firms and individuals, leaving little net gain;
▪ Time lags: the gains take a long time to show up; and
▪ Mismanagement: there are no gains because of the unusual difficulties in managing IT or information itself.

Work-Life Balance – Potential for Disconnect between Employers and Employees

The Best Way to Improve Productivity and Morale